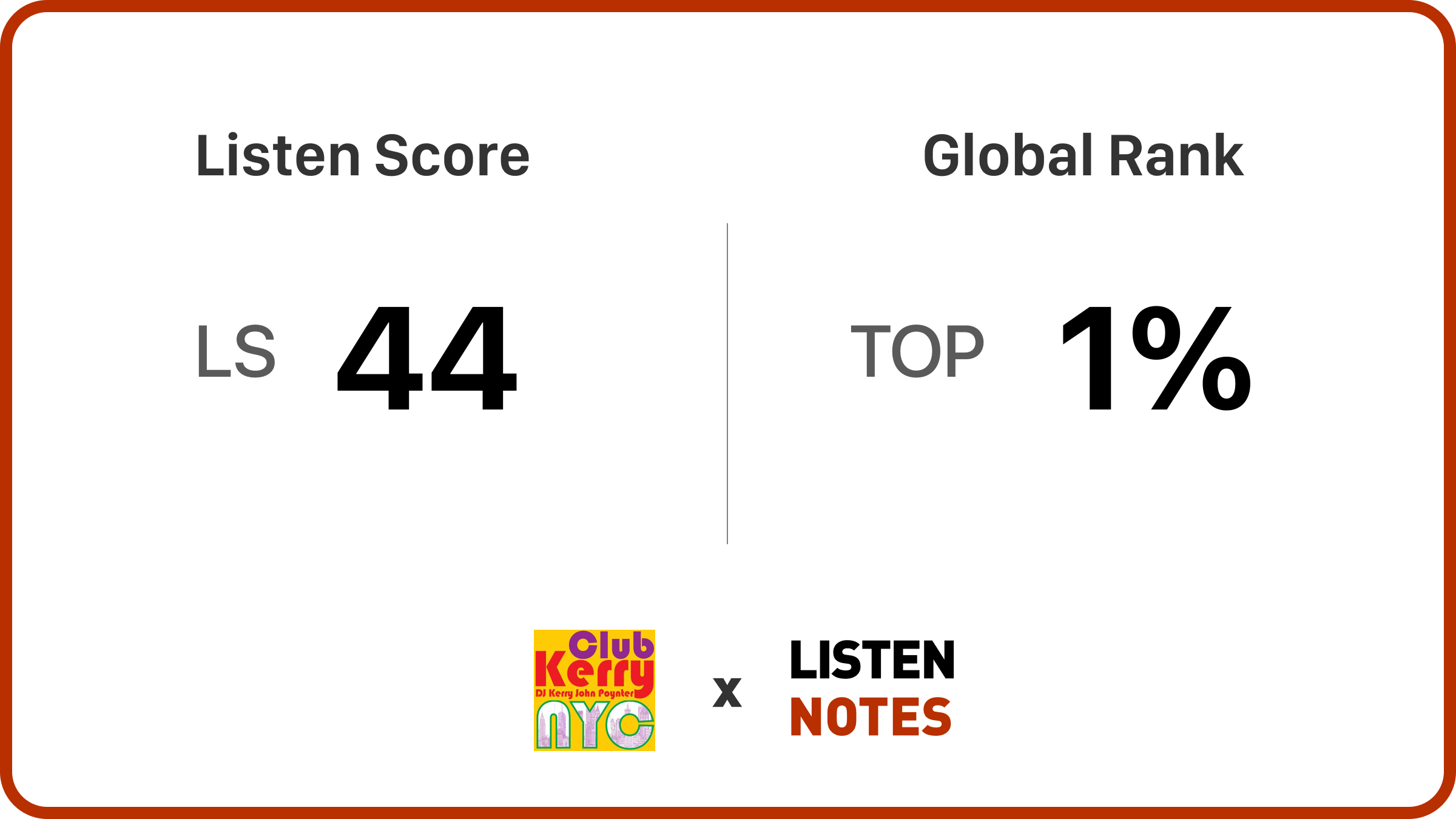 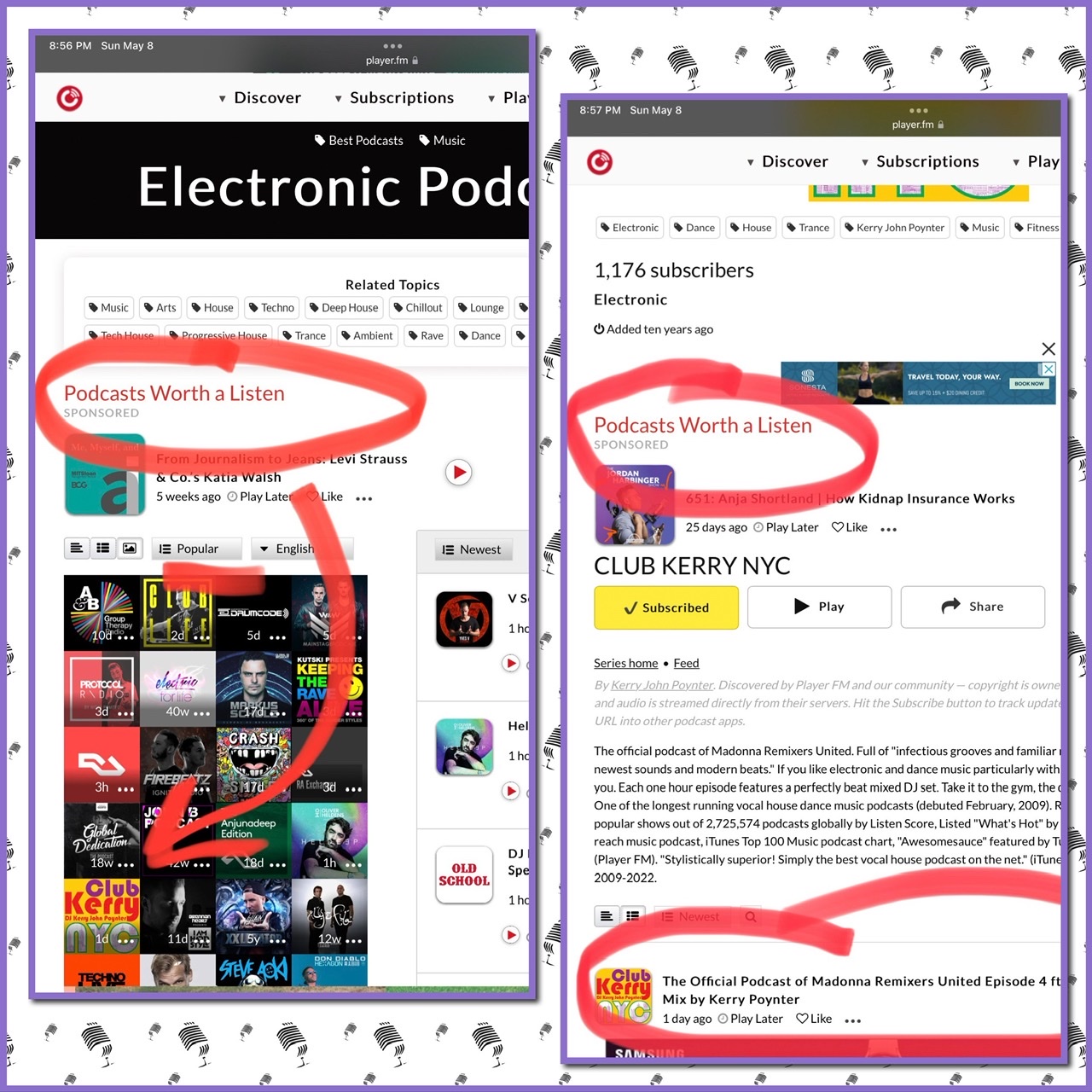 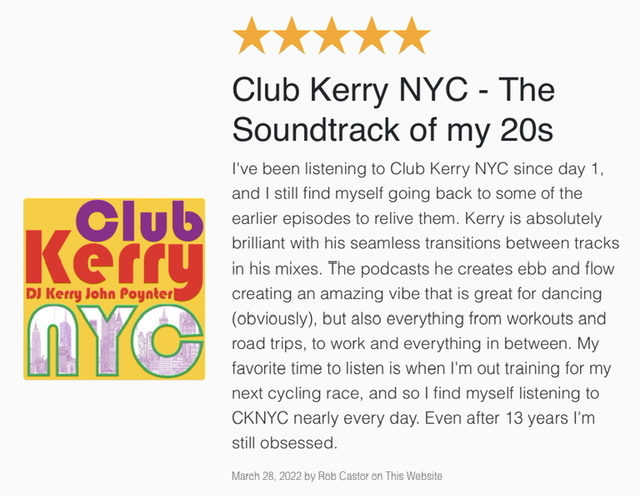 This podcast began as a vehicle to share my mixes with friends around the U.S. where I had previously lived. I used to show up at parties or gatherings with a new CD of remixes I was fond of at the moment. In early 2009 I discovered a failing medium Apple created called podcasts that I thought was going to eventually be removed and decided to use it until then. Very few people were producing podcasts, however some famous DJ’s had already established well known shows.

The name “Club Kerry NYC” owes some credit to some former students at Duke University. Upon walking into my office would exclaim “it’s Club Kerry” when hearing the music I’m playing… always vocal house and dance. I lived in NYC when it debuted in 2009.